Grandma Sarah and the Maharal of Prague 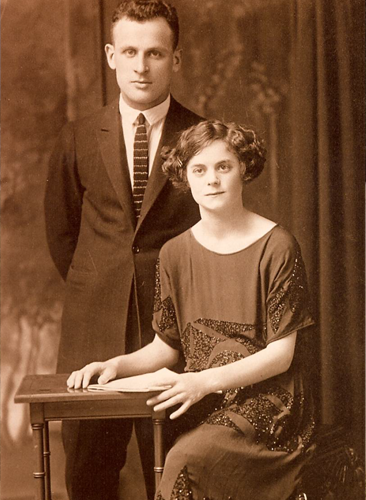 My grandmother, Sarah Shickman (Americanized from Schichman), was my role model growing up. She wasn’t like anyone else that I interacted with in my daily life at home or at school. Although I didn’t know what the word meant back then, when I reflect on it now, I realize that she was my idealization of what a tzadeket (female tzaddik or righteous person) was.

Tragedy had struck my grandmother early in life, when she was orphaned as a child. No one in the family knew what became of her parents. My grandmother never spoke of them to anyone, not even to her own children. The belief among the family was that her parents were killed in a pogrom in Russia.

Despite this tragedy, there was an innocent, girlish quality about Grandma Sarah that made her seem much younger than she was. She was a very petite woman, almost too thin, with a kind face, delicate features, lovely smile, wavy brown hair, and twinkling brown eyes. She was quiet and reserved and spoke very softly. English was not her native language, but she spoke it fluently. She was also fluent in Yiddish, Russian, and Hebrew.

Grandma Sarah and my grandfather, Harry Cohen, did not have an easy life. My grandfather was hard-of-hearing and had little formal education. During the Great Depression, he had trouble finding work, and the family struggled financially. They lived in a very poor section of Pittsburgh, known as the Hill District. By the time I was born, they had moved to a small basement apartment in the East Liberty section of Pittsburgh. Read More..